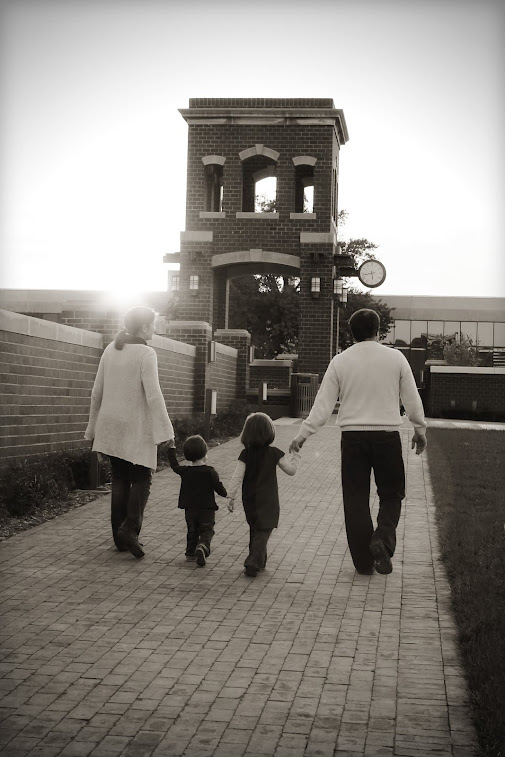 Photo by Thousand Hills Photography. Click on photo to visit their site.

Today is gorgeous! It is 8 am and 66 degrees outside. I'm in the hammock with a sweater. The sun seems so bright and yet so soft. I love this weather!

I am marveling over the garden this morning. It has certainly had some hurdles - tomato hornworms, squash bugs, vine borers, several unidentified pests, deer, and now raccoons - but God keeps sending a harvest! So much that I can't get it all put up before some goes to compost. I am grateful.

I just wanted to share this vision of beauty from my deck, plants revived from a cool night's rain... 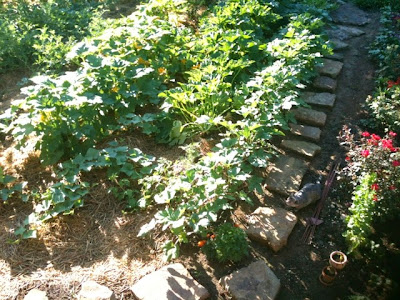 As you can see, even the okra (next to the rock path) has recovered from the deer's attack. Here's a visual reminder of how the deer trimmed every okra plant to its stem. 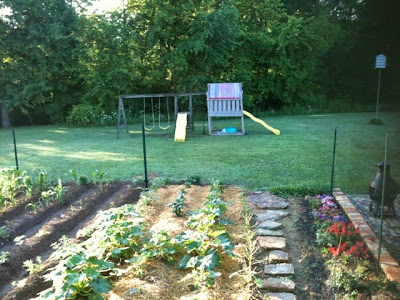 Posted by transPARENT real MOM at 6:07 AM No comments:

Life in the Kitchen

My life has been lived in the garden or the kitchen this summer.  Good, good times.  Here are a few of the things I've been mixing up.

My own MSG-free SEASONED SALT:

Posted by transPARENT real MOM at 12:19 PM No comments:

So, I've been studying David this summer and have been reminded of quite a few things.  Painful things and promising things.

First, I am a little slow on the uptake as we all know by now, but in all my years of hearing about David's life, it never really sunk in to me that David was anointed King then had to go back and take care of the sheep.  I mean, really?!  How must that have felt?  "David, you are the next king, it is a certain thing, but right now you need to go take care of the sheep."  Dirty, alone, fighting bears and lions, with this promise hanging over him, yet to become reality.  I would have struggled.  "God, really?  I'm going to be king!  Why am I having to stay out here with the sheep, sleep on the ground, go without baths or good food?  When is my promise going to be fulfilled?"

Moreover, he was eventually summoned by the current king, Saul, to play the harp.  "So, here I am in the king's palace, as a servant.  Well, it's a step closer I guess, but when is it my turn?"

Did David say that?  Did he question God.  I don't know, but I'm guessing probably not because I've also realized he was insanely humble in light of his promising future; so, perhaps he didn't struggle with the wait as much as I would have.

How do I know he was humble?  Well, after he kills Goliath (oh, yeah, more about that in a minute), he is offered the king's daughter as his reward.  He declines!  In great humility, he declines.  And I quote, "Who am I, and what is my family or my father's clan in Israel, that I should become the king's son-in-law?"  And again later, when Saul offers his second daughter, David replies to Saul's messengers, "Do you think it is a small matter to become the king's son-in-law?  I'm only a poor man and little known."

David!  You are going to BE king!  In comparison, yes, it is a small matter to be the king's son-in-law.  But he must have understood that God had David right where He wanted him for the time.  In great humility, he not only accepted his current position, but he refused to take a position of honor or entitlement if it wasn't God's will and in God's time.

So, back to Goliath.  I have found myself feeling a bit of sympathy for poor David, living under a promise without seeing its reality, but I especially felt bad for him after he killed Goliath.  After this great conquest, Saul turned to the commander of his army and basically asks, "Who IS this guy?"  When I read this, I was incredulous!  Saul!  All those times an evil spirit was tormenting you, "this guy" played his harp and soothed your nerves.  He has brought you comfort numerous times, sitting in your palace, serving you, and you don't know him?  Poor David.  King to be.  Comforter to the king.  Slayer of giants.  Unseen.  Unknown.  In waiting.

Speaking of waiting, don't you know that when God speaks a promise and there is some time before its fruition, there is an enemy doing everything he can to prevent that promise from becoming reality?  During the wait, Satan attempted to destroy David several times.  Three times Saul hurled a spear at David.  Another time, Saul sent David to kill 100 Philistines, promising his second daughter as reward, hoping the Philistines would instead kill David.  (David went ahead and killed 200, just for good measure.)  Once Saul just sent men to David's house to kill him.  Three times, Saul sent men to follow David to Ramah, and when none of them killed David, Saul went to Ramah himself.  Time after time, Saul tried to take David's life.  Time after time, Satan was at work, trying to thwart the plan of God.  Every time David escaped.  Every time God prevailed.

Here's what I've learned so far.  When God speaks a promise over you, you might have to wait a while before you see the promise become reality.  During the wait, humbly accept the job God gives you, be it a lonely shepherd, or a sometimes-lonely job of momma-gardener.  These interim positions are preparing you for greater tasks.  And, finally, Satan will come after you.  If Satan knows God has spoken a promise over your life--and He has, sister, no matter who you are, He has said, "I know the plans I have for you, plans to prosper you, not to harm you, plans to give you hope and a future."  God has a promising future for each of his princesses--then he (I'm back to talking about Satan) will do everything in his power to keep you from seeing God's promise fulfilled.  Satan wants nothing more than to destroy the children of God, but since he can't destroy us, he will work to destroy our hope, our joy, our abundant life.  But, praise our awesome Father, because nothing, absolutely nothing can thwart the plan of God.

Look at David.  The promise made.  The anointing.  The lowly menial task of a dirty shepherd.  The king-to-be serving the king.  Slaying lions.  Slaying bears.  Slaying giants.  Unknown.  Humble.  Killing 200 Philistines, the mighty enemies of God's people, to earn the right to be the king's son-in-law.  Escaping three spears.  Running for his life.  Living in a cave.  Waiting.  Waiting.  Waiting.

But we know the end of the story.  We know Saul dies.  David reigns.  David births Soloman, who births Rehoboam, who births Abijah, who births son after son after son, until the Son of Man.  Jesus.  The King of Kings, born of a king.  Now, we see why Satan was so hell-bent on thwarting God's plan, determined to prevent the promise, intent on killing the life that would eventually bear the Life Everlasting.

Sister, I don't know about you, but I'm clinging to the promise.  God has hope and a future for us.  Satan may not throw spears our way, but we certainly can feel his attacks.  Rest assure, we will escape.  God will prevail.  Not only will we escape, we will be victorious.  In Christ, we are more than overcomers.  Believe it.

Posted by transPARENT real MOM at 1:25 PM No comments: 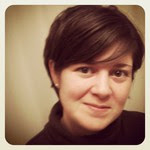 transPARENT real MOM
The sweet little hands you see above belong to my youngest daughter. We took pictures of her and her sister holding out some pebbles because, at that time, rocks were one of her greatest treasures. I show it to you because it seems to pretty accurately sum up my blog. I don't come to you with any great gems of wisdom, perhaps only a few ordinary pebbles. But for those of you who find some beauty and meaning in the simple and ordinary, I offer you some bits of my life.